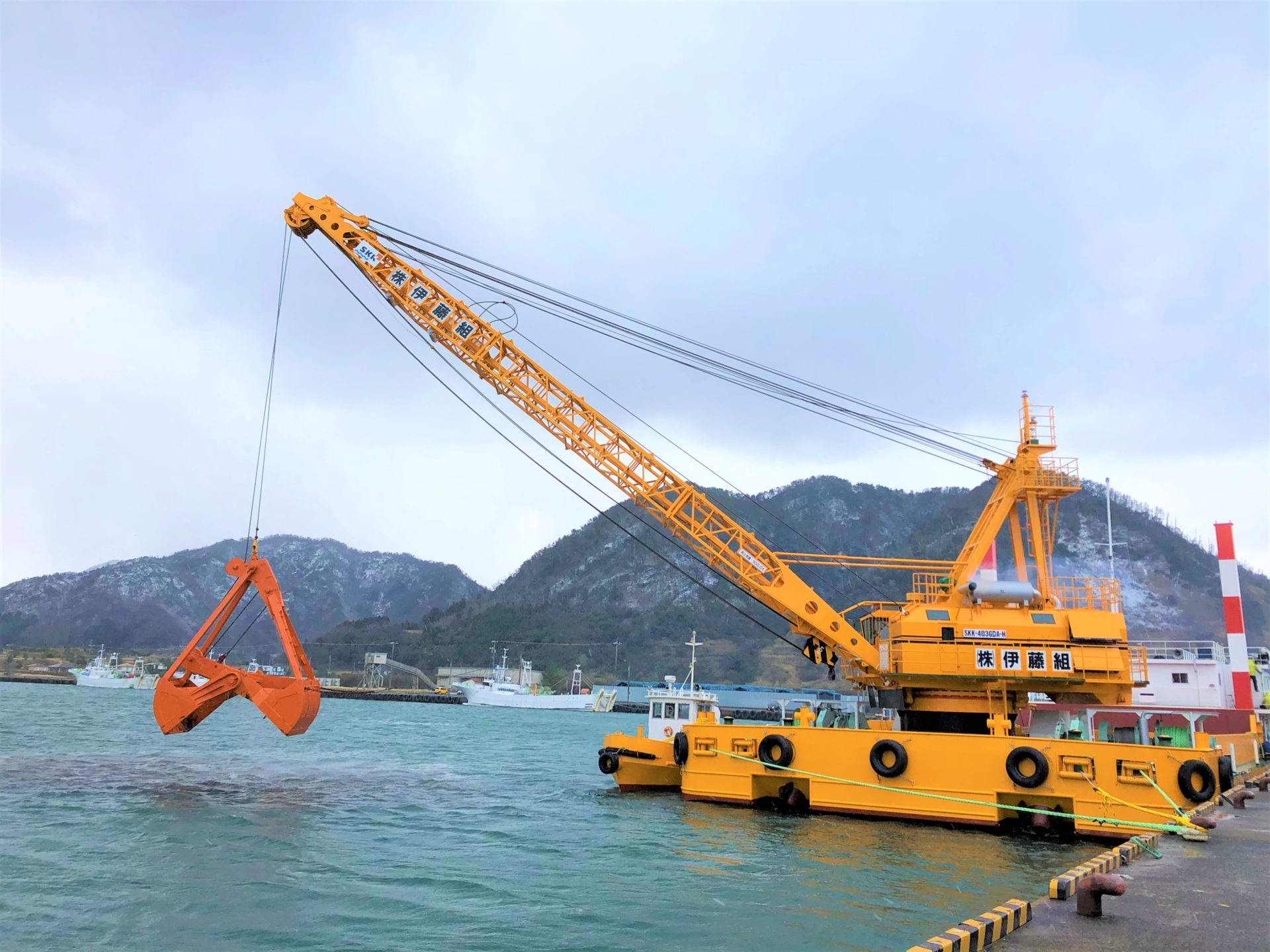 The GDA series is a marine crane that mainly handles sand and gravel (aggregates).

Through the efforts in research, development and improvement, it became the current GDA.

The crane of the GDA series is additionally equipped with a drum only for hook-service (the third drum), it is possible for load lifting work while fitted with a grab bucket.

Marine cranes that enable safe and powerful work. Working efficiently and fast is carried out even at the harsh seas. By accumulating technical know-how from the time of development, we have achieved high operability of the cranes. 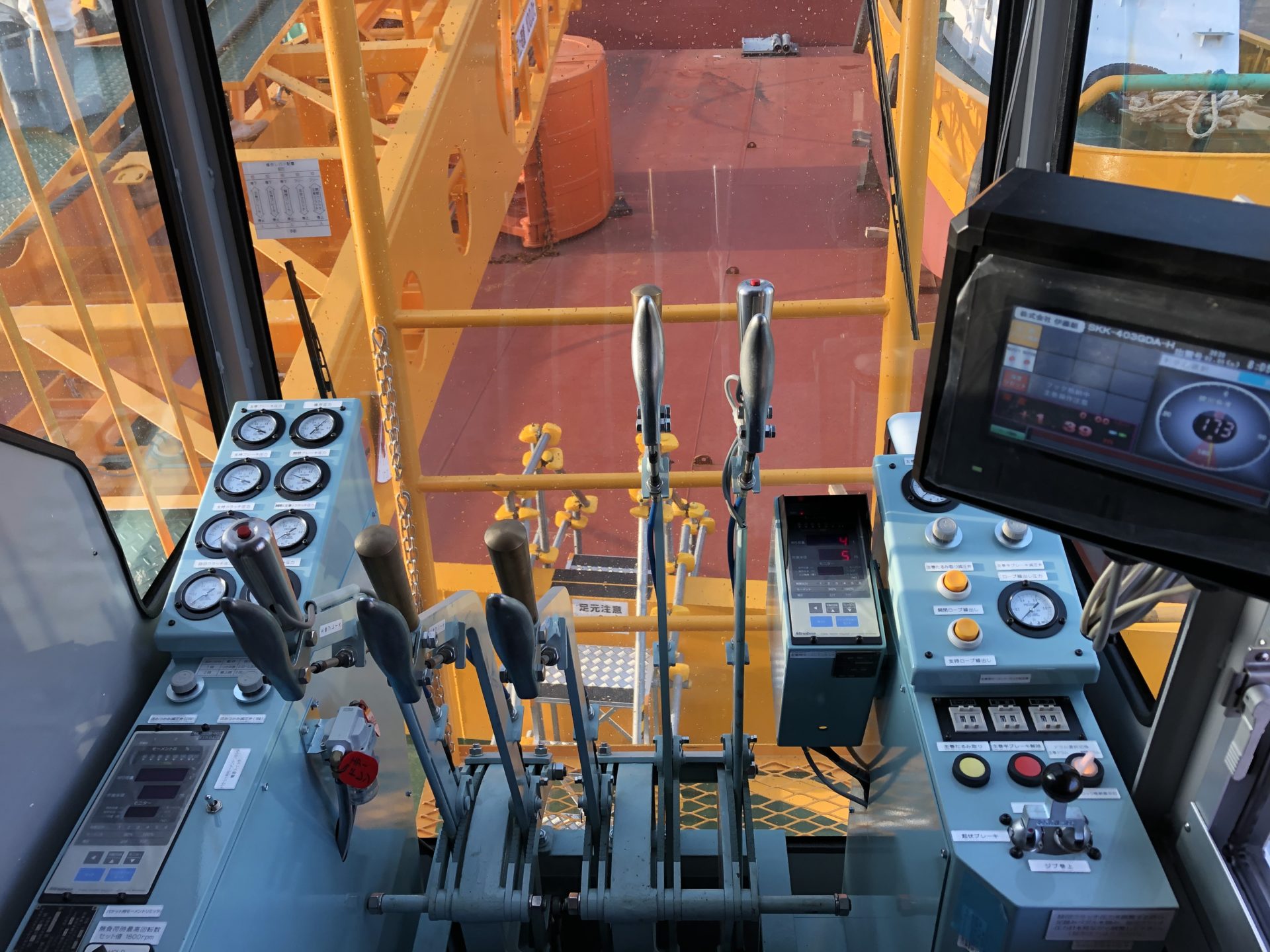 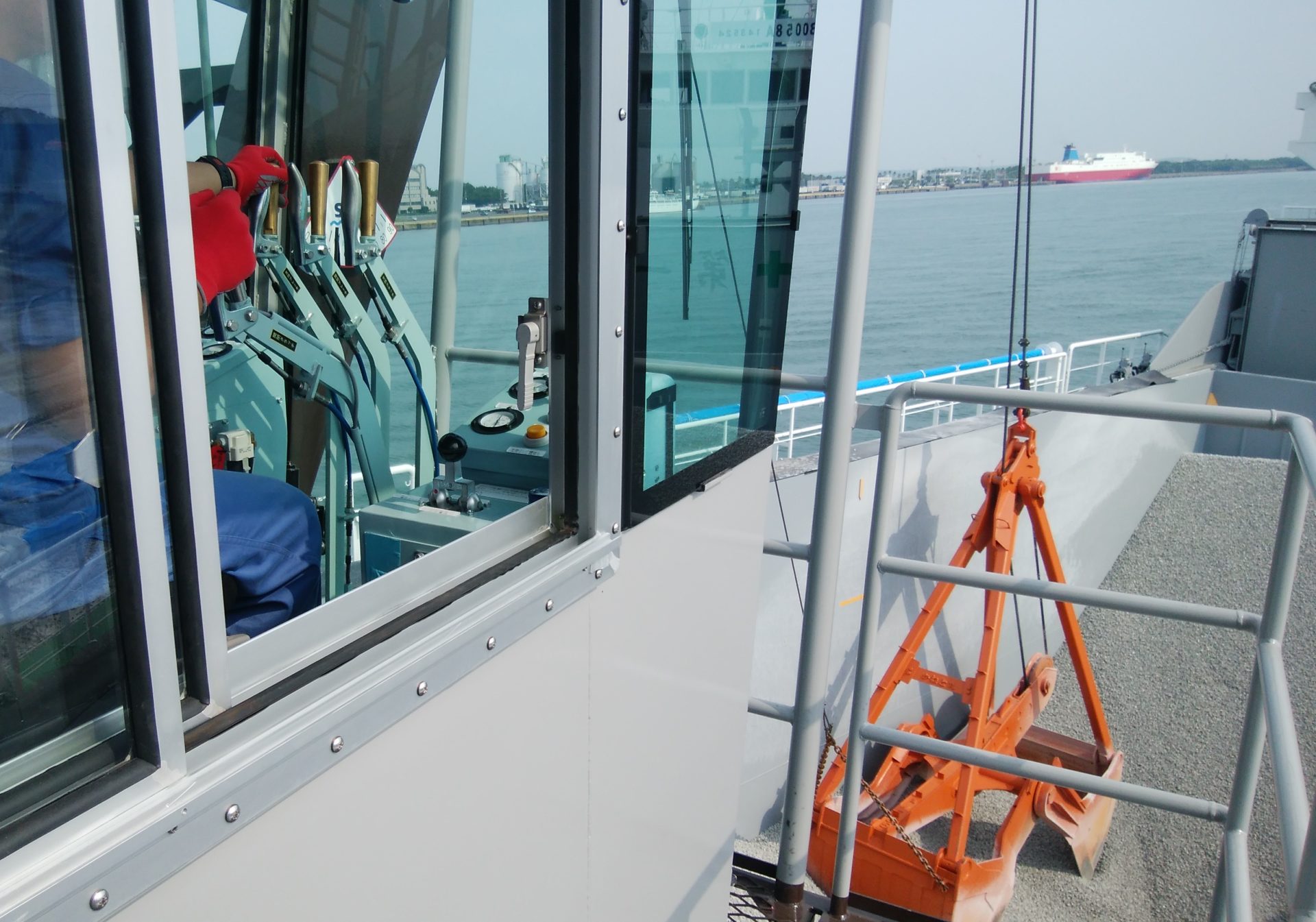 The GDA mechanism is designed as simple as possible, assuming maintenance at the work site. Some customers who have been using the crane for a long time can maintain it at their company. This benefits them to the reduce the running cost of the machine. 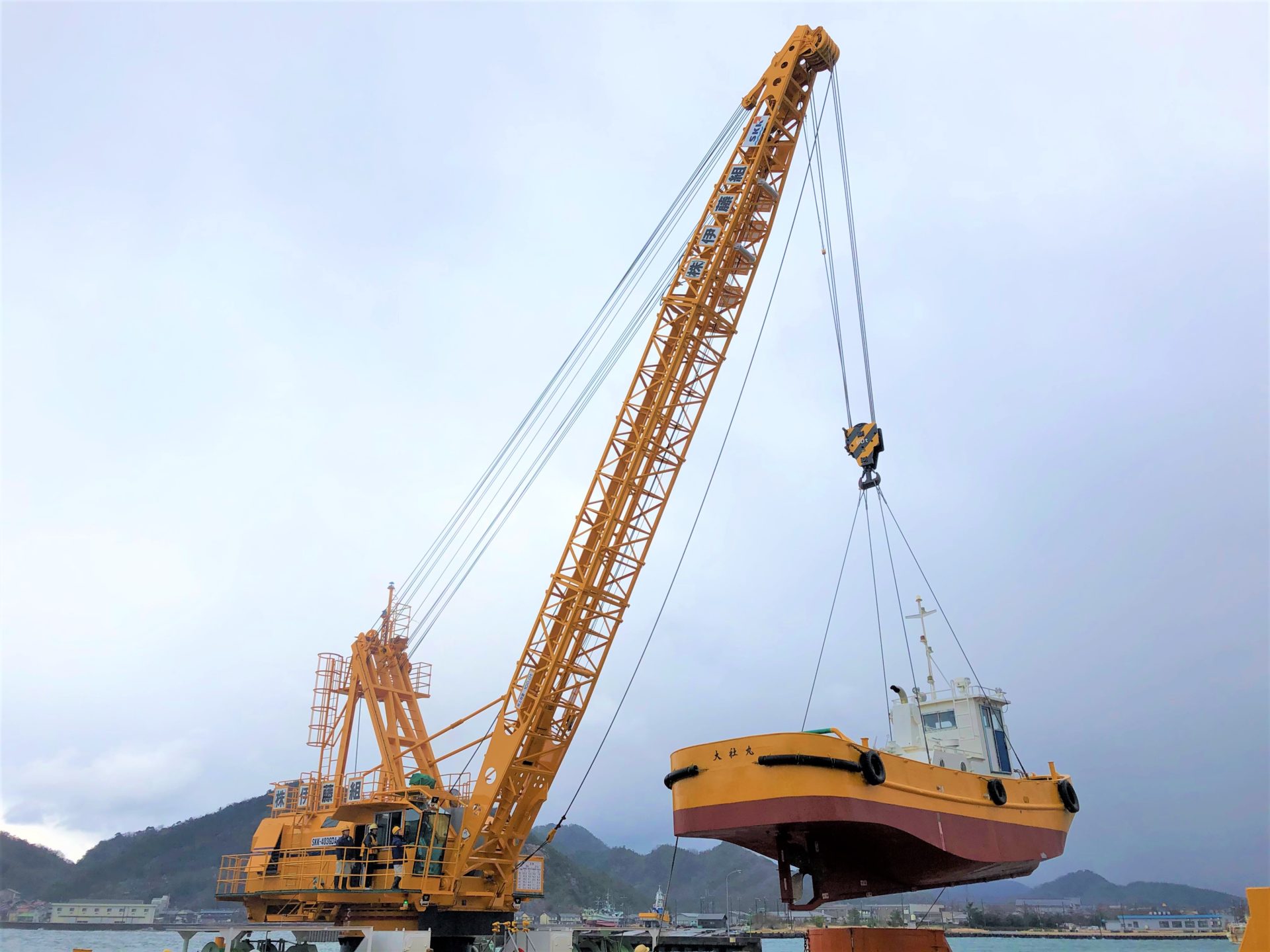 Multi-Purpose Crane as well as to Perform Load Lifting Service

For playing an active part in a wide field of working sites, as the mobile crane inspected by the Labor Bureau.
Both the grab dredging service and load lifting service it performs without wire replacing. 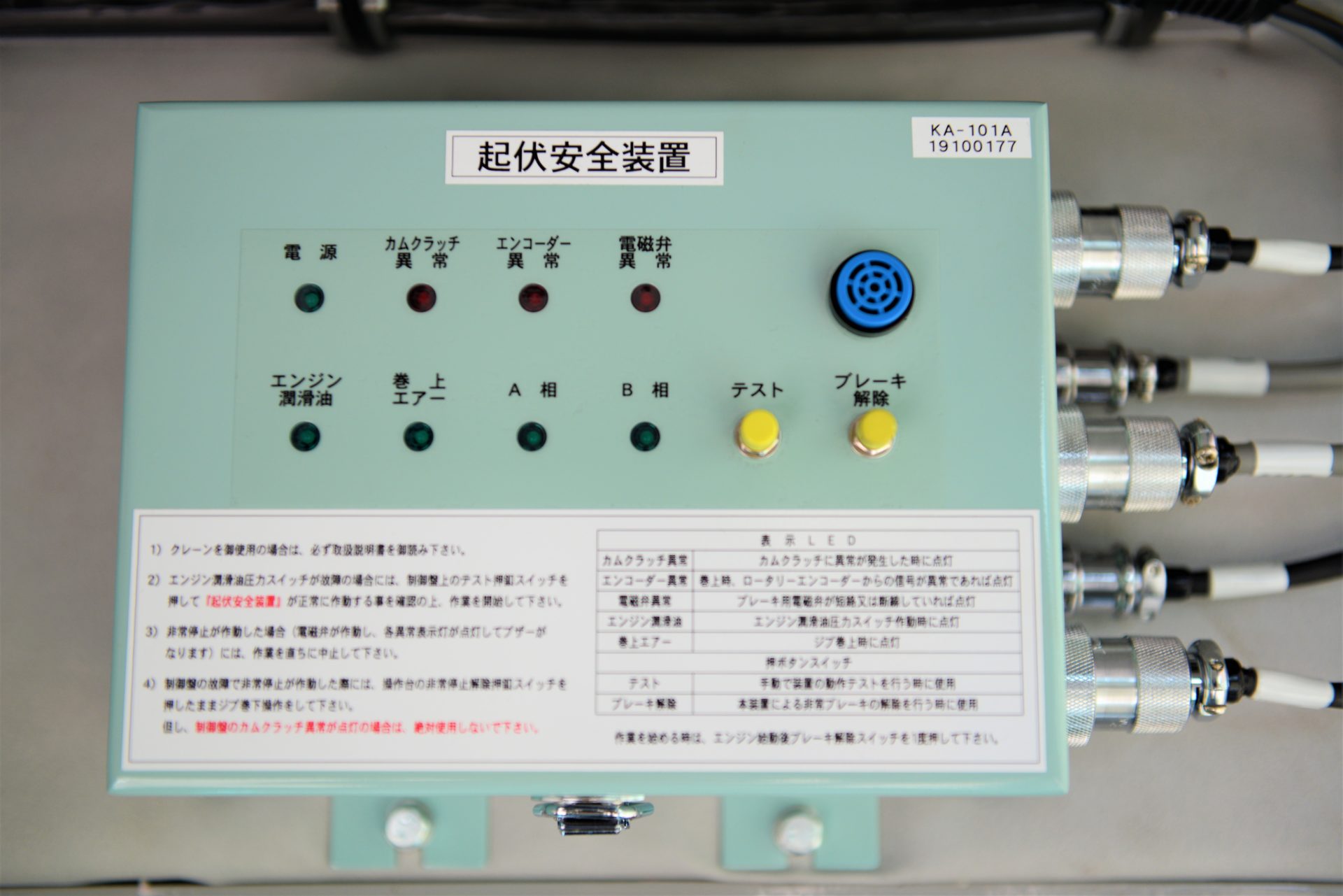 Alarm and Automatic Stop Device to Protect the Working Safety

The SKK marine crane has the ability to electrically detect slip descent of the jib and brake automatically. In addition, the alarm system of the upper and lower limits for jib luffing, for preventing grab over-hoisted, and the automatic stop system against jib over-hoisted etc. are provided to ensure the safety work. 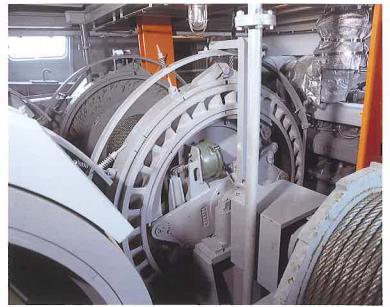 By adding one drum for load lifting work, both lifting work and grab dredging work are possible without replacing wire rope. 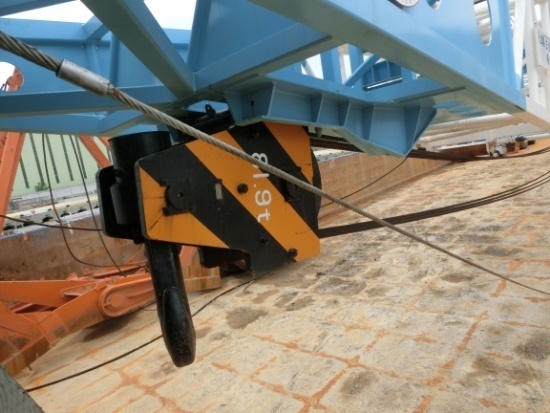 Fix the unused hook by storing it in the hook pocket. This makes it possible to do grab dredging work without removing the hook, which leads to shorten the working time. 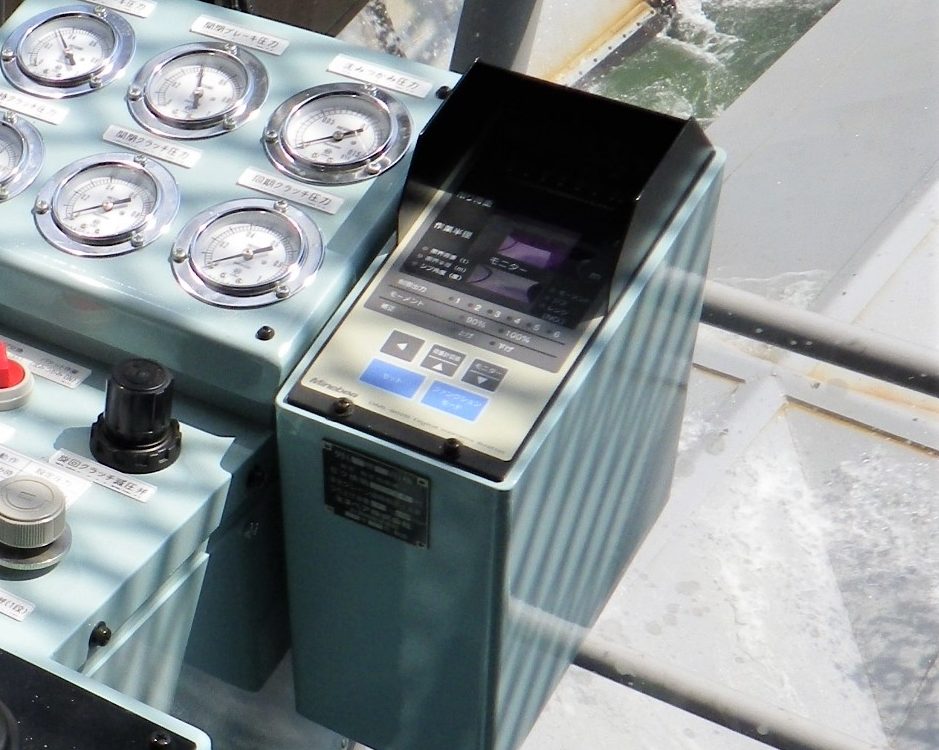 It displays the load and working radius during the lifting work. Alarm system is also provided to prevent overload.